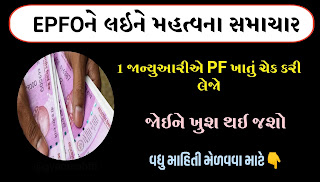 The Employees Provident Fund Organization (EPFO) will deposit 8.5 per cent interest on the Employees Provident Fund (EPF) accounts of 60 million shareholders for the financial year 2019-20 by December 31 over the next seven days. In early September, at a meeting of trustees chaired by Labor Minister Santosh Gangwar, the EPFO ​​decided to put interest in two installments of 8.15 per cent and 0.35 per cent.

The sources told the labour ministry that sent a proposal to the finance ministry, for add 8.5 percent interest to the EPF at a time for 2019-20. The proposal has been sent out this month.

The proposal is expected to get the finance ministry’s approval in a few days, the source said.  In many case, interest credited to the shareholders’ account before January.

Employees provident fund employees used to deposit 24 per cent of basic pay and inflation allowance in the organization.  EPFO’s PF interest is deducted and credited to the beneficiary’s account.

This is how interest is calculated

If any amount is withdrawn during the current year, the amount of interest is taken from the beginning of the year to the first month of withdrawal. The closing balance of your year will be its opening balance + Contribution-Withdrawal + Withdrawal from interest.

Understand from the example