Which Car Is Better To Buy Petrol Or Diesel? 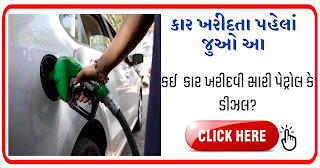 The gap between diesel and petrol prices among car buyers in India plays a big role. Probably a factor as to why they’re doing so poorly is because of the low cost of fuel and the cost of running the car. But will the general opinion change after the implementation of India Stage 6 emission standard in the country? Let us know the fact.

Due to the narrowing gap between the prices of the two fuels, people’s priority has become petrol cars instead of diesel. While the share of petrol cars in the market was 42% in 2012-13, it increased to 70.5% in 2019-20. More than 28.5% in the last 8 years clearly show that more buyers are preferring petrol over diesel.

How to choose the right car

Deciding which tax to choose between petrol and diesel is important to understand the total cost of owning a car. Under this, this thing will be calculated.

The price of the car

This car has an on-road price, which you pay. In addition to the ex-showroom price of the car, it includes other features including insurance, road tax, registration, accessories, fastag.

The finance cost of the car

Under this, if you buy a car at a finance price, it includes higher interest on the car price and loan processing fees and other charges.

This is determined on the use of your everyday car. These include fuel prices and the car’s fuel capacity.

The country’s largest car maker Maruti Suzuki has released a calculation. In which the customer is told to take care of this thing. Which car will be beneficial for him? I.e. petrol or diesel. This calculation gives you not only the distance between petrol and diesel but also the number of kilometers it will take to recover the extra amount paid by Tamar for a diesel car.

Understand the whole thing this way

So if you are also thinking of buying a car and are confused about petrol and diesel, you can easily make a deal with this calculator.